SECURITY AS A STATE OF VIOLENCE
- Mobile - 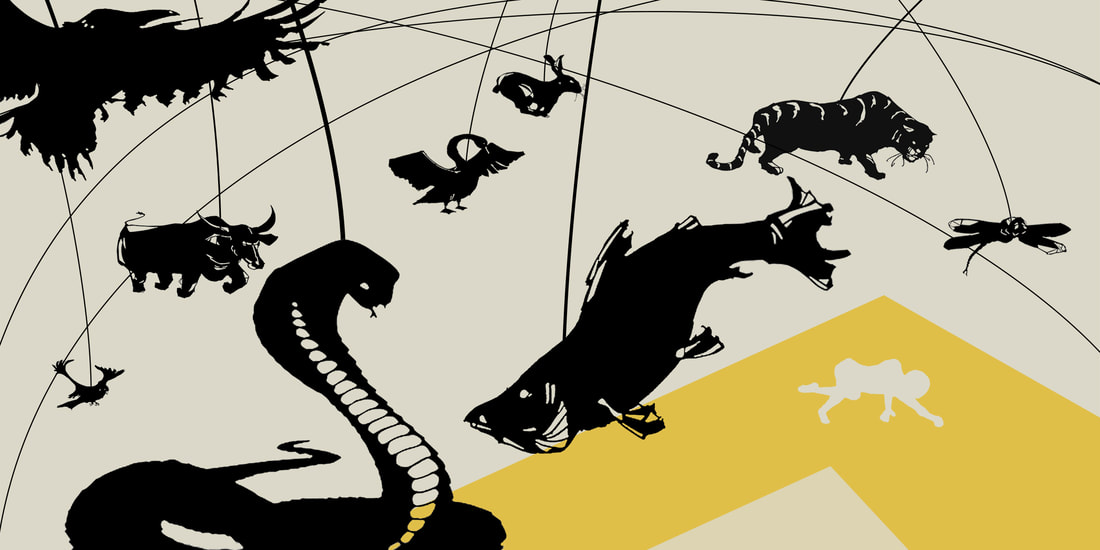 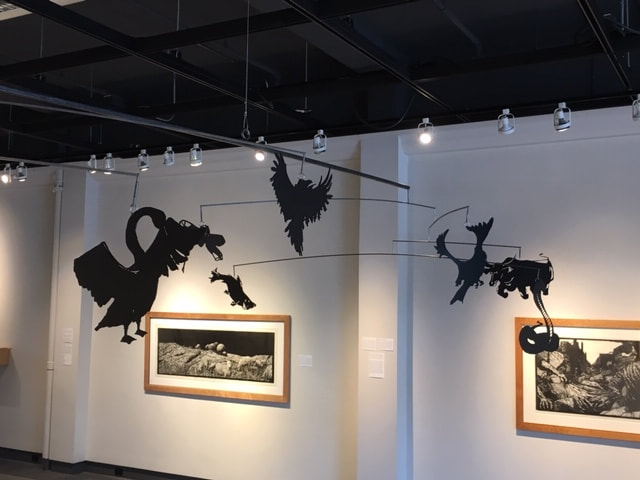 A mobile is a tool for developing spatial awareness, situating infant selves in the environment, and realizing that hands are attached to bodies. It is also a representation of what humans (purportedly) value as a society, what is worthy of representing. Safariland: Capital's Menagerie is populated by a peculiar species of animals: contemporary icons of Capital emerging at the crescendo of the eradication of flora and fauna. The menagerie of Capital's agent lords above constricting imaginations and possibilities of alternative modes of being. The viewer sees the mobile suspended in a world where the rise of corporate Amazon mirrors the ecological Amazon's eradication; where capitalism and its critique both conscript nature (niche markets, competition, predatory lending, parasitic industries) to (de)construct its mythos. 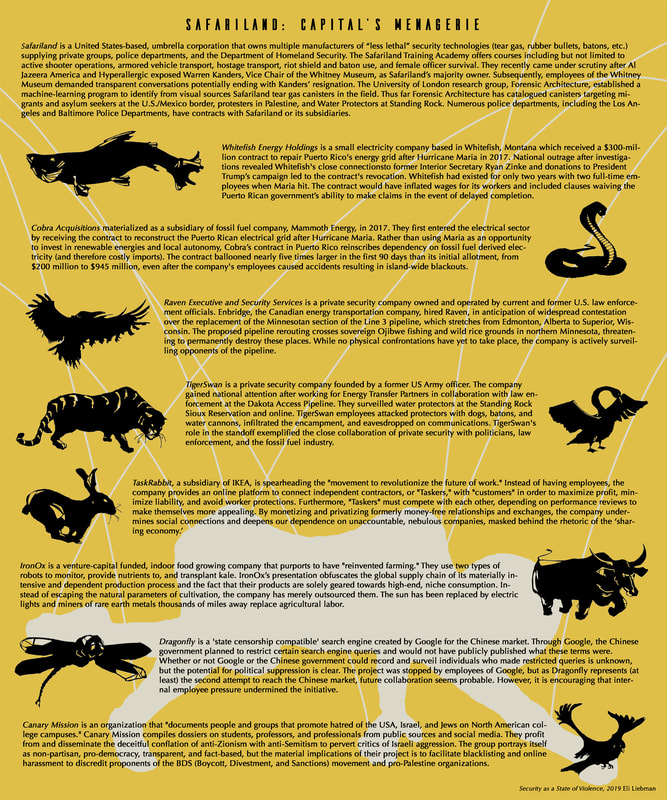 Together, Security Blanket (I-X) and Safariland: Capital's Menagerie physically interpret how violent ideology is created and sustained in our society. An adult hangs the mobile and confines the child in the crib. Similarly, an adult lovingly sews and presents a blanket to a child. The child grows up, leaves the crib, and casts off the security blanket, but liberation is evasive. Instead, the child is recruited to participate - enrolled in a life fabricating myths that obscure the violence latent in security (and society), patching thread-bare contradictions, and incessantly extending the blanket's reach.

They are also an attempt to construct a politics of departure, or perhaps more apt, a departing politics. While it gives form to the entities that must be abolished (and thus instantiating them), the installation does it reflexively, burying them conterminously in the act of creation. Nature is employed, but as a flat marionette, revealing its form as simulacrum. The Child appears, but dead, exploited, foreclosed upon. The lifelessness of the Child (fenced off, handcuffed, bagged, buried) betrays the projected hope that children so naturally elicit. Instead this Child reveals life as extraneous, as mere fodder. The Child is collateral: a site of expropriation and exploitation, a locus of future profit. In burying the proverbial Child, we also do the same with the Future (and its underlings, Progress, Development, and History). Apprehending how these ideas are employed in the present, reveals only violence and death. And thus, to bury the notion of Hope, Nature, Futurity, and the Child altogether, coffins lay. The coffins are an omnipresent reminder that perpetually waiting-for-departure existences are predicated upon individual and social death. But also, only through apprehending this death, can it be buried, can its value be removed, can we start departing. Doing so is a strange endeavor. What/who is departing? Where/When does it leave (us)? What is a life of departing?